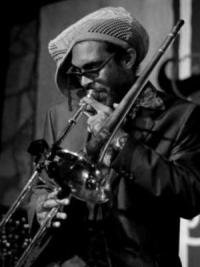 At the Ohio State University, Goecke became a graduate associate while pursuing a Ph.D. in Ethnomusicology and a Master of Arts degree in African-American and African Studies. His research interests include jazz performance, jazz education, jazz history, world music, popular music, critical race studies, and the music-making cultures of the African diaspora. His Ph. D. dissertation "What is Jazz? Improvisation and the 21st Century Learning Environment" and M.A. thesis "What is 'Jazz Theory' Today? Its Cultural Dynamics and Conceptualization," both consider the complex relationship between jazz in the classroom and in non-academic spaces, which is complicated by socio-economic differences, racial tensions, and seemingly contradictory approaches to music-making. 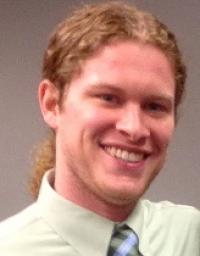 "I will always remember my first walk across the Oval on one of those wonderful fall mornings with the sun shining across the trees brining the space alive. It seems like just yesterday that I was having my first orientation meeting. The African American and African Studies Department was a fantastic home for two years. I am especially grateful for the guidance of Judson Jeffries, Leslies Alexander, and Sarah Van Beurden. They have been extremely influential in my intellectual development. Both Dr. Van Beurden and Dr. Alexander have gone above and beyond being just academic advisors as they have provided valuable critiques of my scholarship, teaching, and academic aspirations.  Dr. Jeffries has not only acted as an academic advisor but he worked with me on an article exploring the creation of African American Studies at The Ohio State University. He along with Dr. Alexander and Dr. Van Beurden have continued to advise me even though there are 500 miles between us.

After graduating from OSU I moved to the Black Belt of Alabama to become a public school teacher in Sumter County, Alabama. While in Sumter I have been able to be a part of the Higher Academics Summer School (HASS), a program that offers summer enrichment for students in the Black Belt of Alabama. I also founded the Sumter County Bridge Project, an integrated afterschool enrichment program for segregated schools. This program connects students across lines of racial difference to build a more racially just community.

In the fall of 2016 I will be attending Harvard’s Ed.M. in Learning and Teaching. After finishing at Harvard I will be moving into a PhD program with a concentration in the history of education exploring social justice movements in education, the history of higher education, and theories of liberative education." 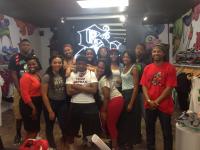 As an African American and African Studies graduate student, I had various opportunities to put research into practice.  As a Master's student, I was invested in re-envisioning South Carolina Humanities' classrooms in ways that would ethically and responsively incorporate community members ways of being, speaking, and knowing into the curricula.  Through my experiences working at the African American and African Studies Community Extension Center--first as a Graduate Administrative Assistant and later as a Graduate Teaching Assistant, I developed programs that focused on community-based curriculum that placed young people in conversation with community elders, descendants of historical leaders, politicians, and grassroots' organizers.

"The graduate program in the African American & African Studies Department at Ohio State profoundly shaped my life. At the University of Maryland - College Park I was a Mathematics Education major who had a concentration (similar to a minor) in African American Studies. I applied to several programs in Black Studies and History, but was rejected mostly because I had not taken many classes. However, AAAS saw more potential in me than I saw in myself, offering me admission and even a fellowship. I was profoundly shaped by my professors, who pushed me to ask more questions, read more, and learn more. In particular, I was deeply influenced by Professors Ike Newsum, James Upton, Ted McDaniel, Demetrius Eudell (now at Wesleyan University), and the late Nick Nelson. Each professor encouraged, challenged, and supported me during my time at Ohio State. I must also add that Dr. Alexander was extremely influential after I enrolled in the doctoral program in the History Department. Her support and mentorship was invaluable in my matriculation from the doctoral program. I am deeply indebted personally and professionally to the African American and African Studies Department at OSU.

For more than a decade I have been a faculty member. I spent the first ten years of my career as a professor in the History Department at Florida Atlantic University and since the 2014 - 2015 year I am a faculty member at Dartmouth College. I authored The Challenge of Blackness: The Institute of the Black World and Political Activism in the 1970s (University Press of Florida 2011) and co-edited Winning While Losing: Civil Rights, the Conservative Movement, and the Presidency from Nixon to Obama (University Press of Florida 2014). I am currently working on a manuscript on Black College Football at Florida A. & M. University tentatively titled: Blood, Sweat, and Tears: The Rise and Fall of Florida A. & M. Black College Football Dynasty."

"I had a very positive and well-nuanced experience with the Department. Coming into the program, I had previous coursework in Political Science and African American Studies at the undergraduate level, but I had not had any in-depth coursework in the many topics offered in the program. Because of its interdisciplinary design, I was exposed to topics beyond my social studies concentration, including the history of the diaspora and several theory courses. Outside of the coursework, my interactions in the Department with faculty, staff, and my fellow students were very positive. Though the two years passed rather quickly, it genuinely felt like a family environment reaching beyond just the students in AAAS, but also incorporating other students from programs across the university. Because of the warmth of the people at Ohio State and in the AAAS Department in particular, my transition from a smaller regional university as an undergraduate to the very large Ohio State campus was seamless. I feel very strongly that the academic rigor, research opportunities, and my Southern Africa study abroad experience left me well-prepared for my later PhD program in Sociology. I was supported in all of my research and academic aspirations, and it was never difficult for me to seek advice from a number of faculty members as they made themselves accessible to students."

"The Department of African American and African Studies at Ohio State provides a great cross-disciplinary experience.  I enjoyed taking history, sociology, linguistics, and cultural studies classes, all connected by their relevance to African, African American, or African Diaspora Studies.  This experience allows me to look at subjects from many angles, not just through the historian's lens. Personally, the most meaningful aspect of my time in the AAAS department at Ohio State was creating wonderful lifelong connections with professors and colleagues. I had some amazing professors who not only shared their knowledge, but also their enthusiasm, and I have never experienced a graduate student cohort, regardless of year, that was as close as we were."

“The African American and African Studies Department at Ohio State afforded me an opportunity and invested significantly in my intellectual, academic and professional development.  My two years taking courses with a diverse faculty, teaching African history and writing a challenging thesis flew by very quickly and it is nearly impossible to fully appreciate the value of the work that I was engaged in.  Shortly after graduating with the Masters of Arts from the AAAS Department I began teaching my own lecture courses at the University of Alabama at Birmingham where I finally had time to unpack the depth of the knowledge and experience gained at OSU.  Overall I am severely indebted to tremendous individual scholars in that department who invested so much in my education.”

"The African-American and African Studies department at The Ohio State University is integral to my current academic trajectory and perspectives on my community and the world. I came to AAAS indirectly. I was in the digital animation program and became very interested in why certain images were being created and not so interested in how to create them. The digital animation program was more interested in me gaining practical computer skills and not developing my theoretical acumen. There was no one in the digital animation program that was able to help me find the lexicon needed to discuss critical race theory, ideas of white supremacy, or learn the history behind images as tools for socialization. Through a search for professors at Ohio State that may be doing the work that I was interested in, I found Dr. Newsum. I felt that I finally found someone who knew what I was trying to say, directed me to resources to better shape my argument and made me feel as though my thoughts were not odd or frivolous. I transferred from digital animation into AAAS and was able to shape my philosophy on teaching, the socialization of Americans towards or against blackness, and my career choice. The guidance and knowledge I learned from AAAS is the foundation of my current PhD work regarding African-American homeschool parents who are using the arts and community to take control of their children's education. The goal is to highlight the work of many African American parents who often work arduously under the radar for the betterment of their families. I believe it's my duty not only as African-American parent but as an alumnus of AAAS to bring to light the work that our community is doing for its self."

Help us help others, give to AAAS. Support our department and the growth of African American and African Studies.